The state of California recently suspended more than 400 marijuana business licenses, from organizations running in all sectors of the state’s cannabis supply chain. At the beginning of the month, the Bureau of Cannabis Control (BCC) delivered alerts to 394 businesses in California, telling them that their licenses will be suspended unless they follow specific traceability system requirements. This story was initially reported by Marijuana Business Daily (1).

During the start of November, the number of suspended licenses declined to a total of 385, including 63 retailers, 61 delivery services, 47 microbusinesses, 185 distributors, and 29 transportation licenses. This consists of about 5% of all the cannabis business licenses in California. The BCC has projected that 2,630 marijuana companies are holding either provisional or yearly permits, while the California Department of Public Health (CDPH) plans an additional 932 manufacturers, and the state Department of Food and Agriculture (CDFA) oversees 3,830 MJ farmers. Nonetheless, the state of California has an aggregate of 7,392 licensed cannabis businesses (1).

The representative of the BBC, Alex Traverso, told KPBS news that the licensees had enough time to fix their errors. Businesses were advised to enroll in Metrc within five days after receiving their provisional licensing. The BCC notified those businesses three months prior and issued another warning at the end of October, relating to the deadline (2).

Businesses willing to get back on track can quickly negotiate. The suspended companies will have to pass through a mandatory traceability system training, so they gain more knowledge about Metrc and get credentialed. Businesses that enroll in the Metrc system will get credentialed and get their license restored.

According to Traverso, “businesses can easily stop their licenses from being suspended.” “These are becoming a worry for many people who knew that the process and it was going to take some time and that it will turn to be a critical period for many people who have not followed the regulations for some time now.”

Traverso stated that about 80 businesses registered in the Metrc system would gain restoration as soon as they received the notification about their license being suspended.

The state began by suspending 394 cannabis business licensing for failing to file the required documentation. It additionally suspended 13 more manufacturers, summing up to 407 suspended companies, which represents about five percent of California’s legal industry.

Surprisingly, it was merely a regulatory move and not a sign of the world’s largest legal market being shut down.

The California Bureau of Cannabis Control (BCC), stated that the businesses with suspended permits include retailers, distributors, delivery firms, and small companies (3).

The suspended companies had failed to complete the state’s mandatory track-and-trace system, a seed-to-sale inventory program made by a Florida-based company called Metrc that permits state regulators to keep tabs on the legal cannabis supply chain and it is mandatory to participate in the system. All suspended companies must be reinstated before they can operate legally.

Reports from a BCC spokesman stated that the businesses were notified about the issue three months ago and in late October as well.

Alex Traverso spokesperson for the BBC said that “these were just the stragglers,” Businesses were given enough time to prepare. All they need to do is to get a password, login, and begin the training.”

Traverso also stated that the maximum time to complete the necessary compliance training is 3 hours, and all businesses have equal chances of doing so.

A few cannabis businesses have already begun the training to have their licenses reinstated.

The state of California currently runs 10,940 active licenses, although only a handful is yearly licenses. This does not count the 149 event licenses.

As of late 2018, there were approximately 4,085 active licenses, which included 257 issued in late 2017. Nonetheless, California has multiplied that number by issuing 6,855 more.

The California Department of Agriculture is responsible for issuing most of these new licenses: 65%.

Californians continue to suffer from price hikes due to high taxes

Although California has the largest cannabis market in the world, its legal industry has grown much since its launch in 2016.

California’s black cannabis market still progresses despite legalization. According to many people, the recent suspension of licenses could lead to a thriving black market. The people of California want more dispensaries within their communities, to reduce the rate of illegal buying of cannabis.

According to CCIA Communications Director Josh Drayton, the revoked licenses will minimize their options. This will energize the illicit market, which is a more natural means right now (for consumers). He also stated that California needs to focus on access and affordability.

California’s legal market has a reputation for putting high taxes on cannabis products, which makes the products expensive, allowing the black market to continue thriving. Drayton also stated that the BBC did not accurately inform businesses.

Licenses continue to be granted despite the suspension

According to Sacramento-based consultant, Jackie McGowan the suspensions will not wholly affect the legal supply chain. This is because there’s are some loopholes within the Metrc program allowing companies with suspended licenses to continue doing business.

McGowan also said she doesn’t foresee any disruption to the supply chain unless the operators decide to go out of business.

Yolo County officials have also noticed the glitch in the Metrc program and issued notices to all their licensed MJ farmers to monitor the license status of any distributor or another business type before selling them any cannabis.

Reports from an official of the Yolo County Cannabis Program stated that Metrc is currently permitting the transfer of licenses through the licensed transfer page with those businesses that have suspended licenses. However, a spokesperson for Metrc has said the state knows about the glitch and are still coming with a resolution. 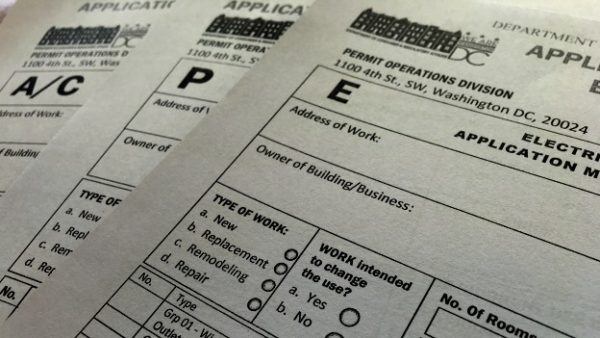 Introduction HVAC systems play a very crucial role in ensuring the comfort of any residential or commercial building. So, if

Fire Sprinkler system design is one of the most significant requirements across all the states of the United States. Huge

According to ISO 14644-1, HVAC system design is heavily dependent on the required clean room classroom classification, which leads to